There is a mausoleum perched on top of one of the peaks of the Lovćen mountain range, rising above the Bay of Kotor and the Adriatic Sea making part of Montenegro's southern border. The region is a national park. 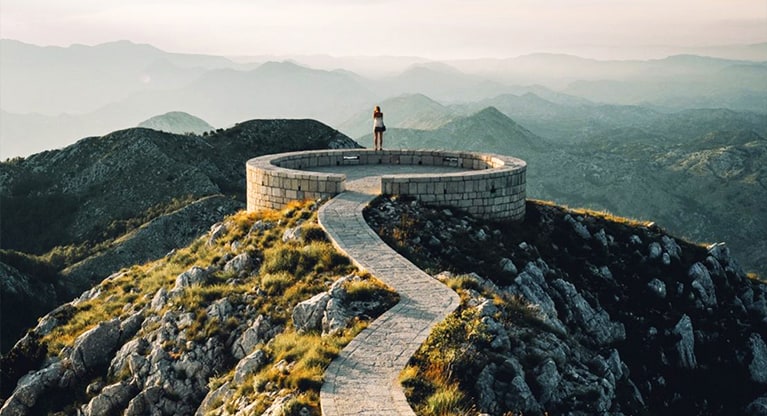 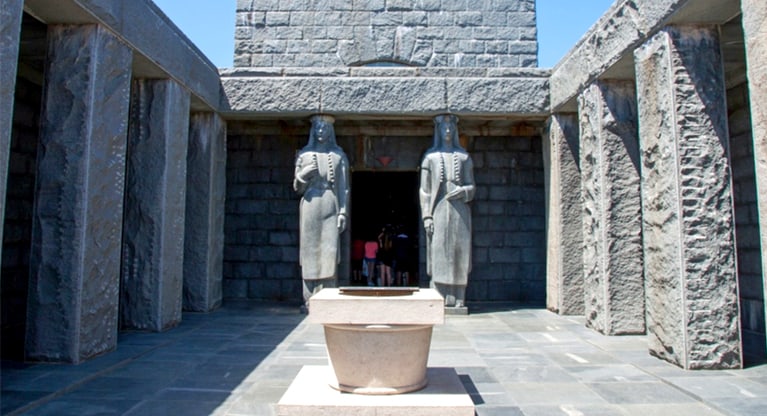 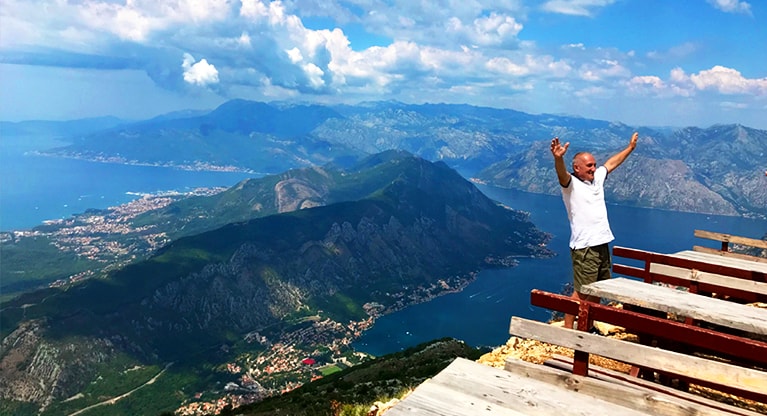 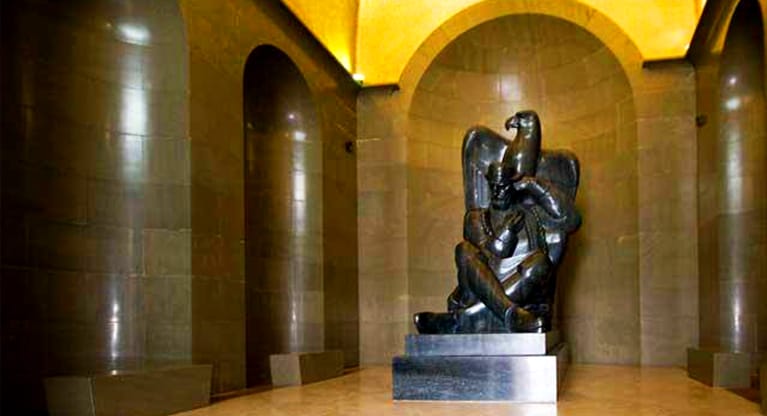 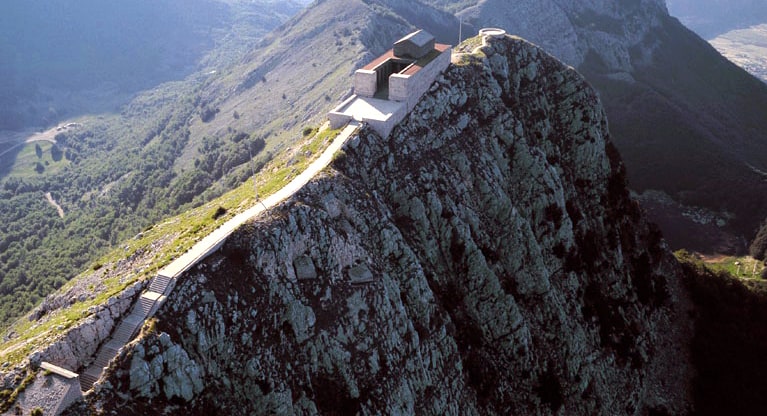 This place is incredible and really has been one of the highlights of many visits to Montenegro.
The journey can be done in the day but makes an incredibly long day out. We actually had an overnight stay in Perast and a long leisurely breakfast before we began our adventure – not a bad way to start!

The mausoleum itself is perched on top of one of the peaks of the Lovćen mountain range, rising above the Bay of Kotor and the Adriatic Sea making part of Montenegro’s southern border. The region is a national park and a small charge to enter.

There is a long, in-depth history, which can be read about online, even before this mausoleum was built in 1951 and opened to the public 1974.

Steep climbs lead to the mausoleum, with 461 steps and a marble path leading to the square terrace and gates. The outer appearance of the building is dominated by the almost monolithic grey-black marble surface whilst the entrance features a well and two overwhelming caryatids that symbolises a mother and a daughter.

There is another small charge to enter further into the crypt where there is a 3.74 m tall statue of Njegoš, the poet and ruler, with his remains below him.

Once outside again a narrow walkway, behind the mausoleum leads you to the stone ‘guvno’, which in Montenegrin tradition played an important role as a place where important decisions would have been made. From here the views are magnificent across the mountain ranges to the sea and the Bay of Kotor, giving you the sense you are on ‘top of the world’ and of course amazing selfies!!

Lovcen, understandably, is now perceived as the national symbol of the Montenegrin people. It is a truly a magical, spiritual place to visit with a cafe for refreshments and restrooms too.

The journey is not for the faint hearted due to the most hair-raising, winding drive, with local drivers thinking they own the roads, but for the views alone it was worth it and such a WOW day out.

There are two ways to head to this part of Montenegro. Both initially involve heading towards and following the directions to Kotor.
However, if you would prefer to go directly there, you need to take the ferry at Kamenari in Montenegro, across to Lepetane.
Leave the ferry port, head right and follow this road. Just before the airport you need to make a left-hand turning towards Kotor and follow this road all the way to the R1. The R1 to Lovcen climbs all the way to the top of the mountain.
Take your time, it is a breathtaking, although in parts hair raising, journey. There are plenty of places to pull in to take photos of the views and even a rather precariously placed café bar! If you do have time though we would recommend to go via Kotor and the coast, taking an extra 45-min.
When you arrive in Kotor you basically follow the coast road all the way until the road takes you left at a roundabout and you begin your climb up the Lovcen Mountain.
You will have a stunning, exhausting day out and we thoroughly recommend it.